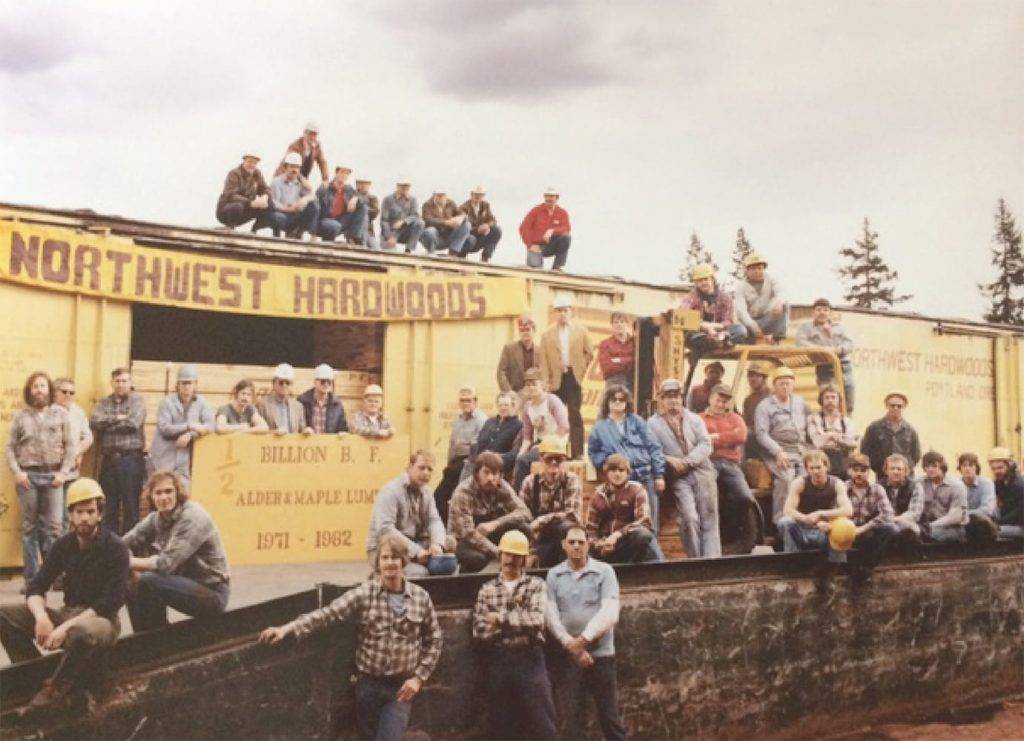 The alder tree: understated, fast-growing and resilient. This is how Northwest Hardwoods veteran and current Hardwood Lumber Product Manager, Dave Bosley, views the company that gave him his start 39 years ago. “Working at Northwest Hardwoods has been like being on a rocket,” said Bosley, who has witnessed the company change from a one-mill operation to become today’s largest manufacturer and global supplier of hardwood lumber. “It has been a constant go, go, go environment.” Founder Arnold Curtis established Northwest Hardwoods (NWH) in 1967, by creating a single alder mill in Arlington, Washington. With his pioneering vision, he set out to transform the under-appreciated alder tree into the high quality lumber product that it is today. Along the way, Curtis created a brand that has garnered admiration for its consistent high quality products, industry innovation, and its customer-focused philosophy. “In the early years, Northwest Hardwoods showed an entrepreneurial spirit like a tech start-up, willing to experiment and take risks,” continued Bosley. “That time period set the groundwork for our continuing effort to do things differently from the rest of the industry.”

One of the keys to its early success, and a cornerstone of the NWH brand, was the company’s introduction of a proprietary grading structure for alder. During the 1960‘s and 1970‘s, the hardwood industry was based on a limited number of standard grades. NWH identified an opportunity to more directly serve the needs of the customer, and took the bold step of creating proprietary grades, tailored to meet their specific application requirements. For example, by splitting the standard #1 Common into two distinct new grades (2-face Cabinet and 1-face Custom Shop), NWH offered the customer flexible options to maximize yield efficiency and lower costs. This innovative move to proprietary grading has continued to evolve, as the company has grown and expanded its product offerings and reach. However, the program would not be a success without the parallel emphasis on quality control. “We deliver a consistent product year after year, truck after truck, container after container,” said Darren Gellerson, Plant Manager, Longview/Centralia and West Coast Regional Quality Control Manager. “Quality control has become a vital part of the business, and our book of best practice guidelines is like our playbook; we never waver from it. Everyone from the cleanup person to the sawyer and grader understands how the various lumber grades are used by the customer, and the importance of consistent product quality.”

Gellerson joined NWH nearly four decades ago, originally tasked with pulling lumber on the green chain, and like Dave Bosley, who hired him, he has never grown bored. “Work is really fun,” Gellerson remarked. “I had a five-year plan, and now I’ve been here for 38 years!” Both Bosley and Gellerson have been a part of the fabric of NWH for most of the company’s 50 years, and they each point to the people as being a primary reason for its success. High employee retention has contributed greatly to NWH’ s ability to work collaboratively within the company, and along with its customers. This collaborative approach is most evident between the sales and operations teams, in which an open dialogue allows questions to be answered and decisions to be made quickly. Salespeople routinely visit the mills, often bringing customers along with them. “We feel that it is important for our customers to see our facilities, and for the people at our facilities to meet our customers and understand their needs,” added Bosley. “Listening to and engaging our customers has always been a top priority for Northwest Hardwoods.”

By 1980, when Weyerhaeuser Corporation bought NWH, the company’s foundation and innovative culture was firmly established and ready to enter a steady growth mode for much of the next 30 years. Among numerous acquisitions, key mills were purchased in Onalaska, WI (1984) and Titusville, PA (1987), marking NWH’s entrance into the Glacial and Appalachian growing regions, respectively. In 2006, the addition of hardwood plywood served as another major building block to the company’s breadth of product offerings. In addition to product expansion during this period, NWH also significantly broadened its international market reach. With the benefit of Weyerhaeuser’s established presence in Japan, NWH became the first to export alder lumber into the Japanese market in the early 1980‘s. NWH was also visionary in the Chinese market, identifying the opportunities in the region long before others in the industry became aware. In both Japan and China, local NWH offices were established, and staffed by highly skilled local employees, securing a leadership foothold that continues today. Having become the clear leader in the hardwoods industry, NWH was eventually bought by American Industrial Partners in 2011 and then by its current owner, Littlejohn & Co, in 2014. Exotic hardwoods were added to its portfolio, and with the acquisition of ITL in 2015, NWH enjoys a significantly larger footprint in the Appalachian hardwoods market. Today, NWH offers 14 different domestic hardwoods, along with more than 20 species of exotics, as well as appearance and structural plywood.

A business can not last without cultivating healthy, long-standing customer relationships, and NWH recognized early on that serving as a reliable partner was essential. Five Star Lumber Company, a family-owned pallet manufacturer since 1981, has been a loyal customer of NWH since the early 1980’s, buying Alder shook for its hardwood pallet production. It is one of many second-generation customers that have enabled NWH to thrive for 50 years. “Our relationship with Northwest Hardwoods has allowed our business to grow, by giving us the confidence that we had a supplier that would always be there for us,” said Marco Beretta, managing member of Five Star Lumber, who’s father began the relationship with NWH. “Their forward-looking, consistent philosophy has meant long-term, stable pricing for us, and led to a predictable pallet program for our customers.” Qingdao CX Joy Hardwoods Company, one of the largest panel producers in China, is a customer dating back to 1996, and another illustration of how NWH creates enduring relationships. “Our business partnership with Northwest Hardwoods has never ceased to strengthen over the last 21 years,” said Heng-yi Lin, President of Qingdao CX Joy Hardwoods. “Ours is not simply a buy-and-sell relationship. Our sales team learns from and works with Northwest Hardwoods on new opportunities, and our production team gives regular feedback to refine products, or to just say ‘thanks’ for shipping us such well-manufactured lumber.” These long-lasting relationships are emblematic of NWH’s commitment to its guiding vision for the last 50 years. By providing consistent, high-quality products through innovation and strong customer engagement, Northwest Hardwoods has grown from a modest, single sawmill, to become the resilient and reliable brand it is today, recognized across the globe. 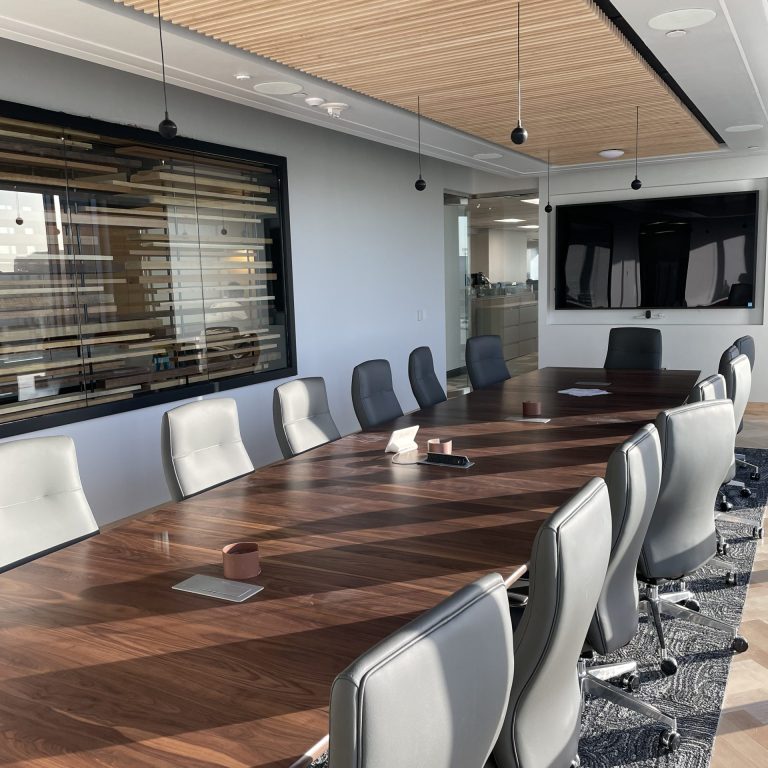